Something noticeable about Wrightwood is that when you walk outside your door you are in a beautiful forest setting.  How nice it is that each and every house or cabin is different from one another, with individual character.  Quiet streets, fresh air filled with the fragrance of nature. 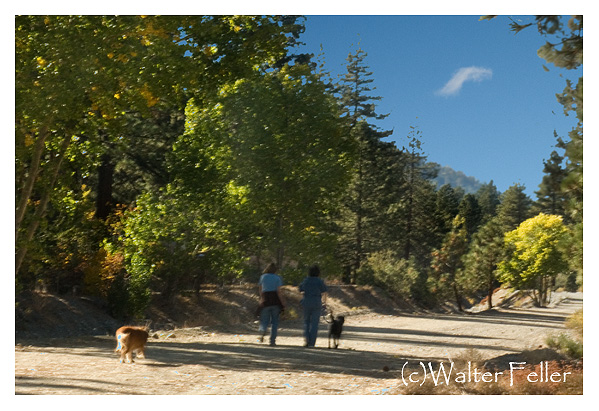 Nature at your front door 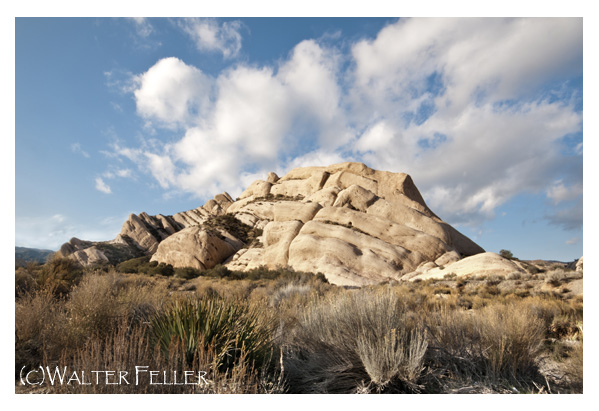 Mormon Rocks located about 1 mile west of the Interstate 15 freeway north of highway 138 is recognizable to nearly everyone who has ever traveled the freeway from the Cajon Pass to Las Vegas. These familiar formations appear to welcome travelers to the Mojave Desert.

The sandstone was pushed up by a sub-fault of the San Andreas fault and further revealed by the Mojave Block changing direction in slope toward Death Valley rather than the ocean.

Older maps of the area show the formation as being called the Rock Candy Mountains. Local legend has it that the rocks were named for the Mormon pioneers who camped here after their descent from the pass ridgeline. In actuality, there was no reason for them to camp at these rocks where there was no water here with the nearest spring being only one mile further down the canyon.

Another legend calls the rocks the ‘Chanting Rocks,’ as when the wind would blow across the portholes in the rocks it was said the sound made was similar to a low chanting or singing.

Since the color and composition appears to be the same as the rocks at the Devil’s Punchbowl, 35 miles to the west, it has been suggessted that both were once the same and that with movement along the San Andreas these two formations were split apart. Scientific examination of fossils found between the two show that they are two separate formations.

Lone Pine Canyon, I’ve heard it said, is a young canyon formed by the San Andreas Fault.  Here, looking eastward,  we can see how straight the canyon is. It hasn’t had time to form the meanders and side canyons that it would have if were much older. 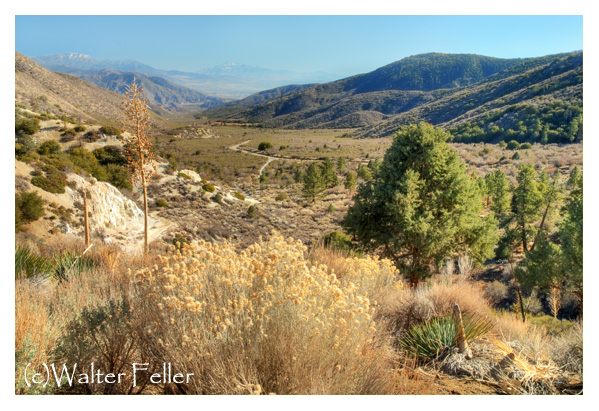 On the right side of this picture in the Pacific plate. On the left, the North American plate. Slowly, these two tectonic entities grind together ultimately forming our mountain ranges in their slow swirl.

Everything changes.  Some things don’t change fast though. Maybe daily, or hourly, even moment by moment. Without the inclusion of the work done by man, this photo may represent what things looked like one hundred years ago, or even older all the way up until now.  It would look just like this.  The weather will be different, but it will still be beautiful. 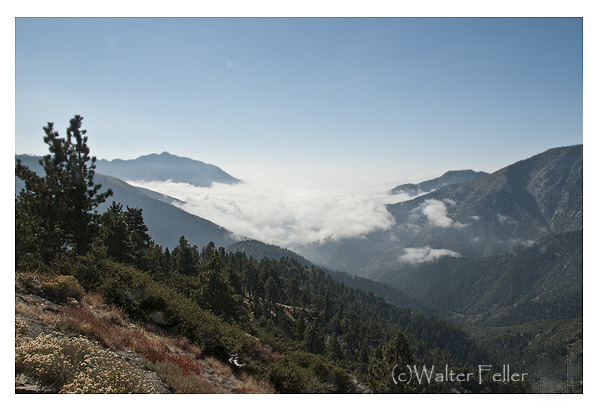 Yes, you are correct–it is much cooler up here in the mountains!!!

No kidding —click here— to check. Come on up!!!

So Friday, June 29th from 5:30 – 7:30pm in our parking lot. Free hot dogs, soda and water. The bands are both new to our concert in the parking lot. If you saw the Mountaineer Progress that came out last Thursday, there is a great article about the concert and the bands. They are the Terry “Big T” DeRouen Gang and the Chase Walker Band (a sensational teenage blues trio). Bring your chairs and enjoy a great evening

Spring has been beautiful and summer is almost upon us.  Now is the time for picnicking, hiking, and mountain biking!  When it does get hot, remember that it’s usually 10-15 degrees cooler here in the mountains. 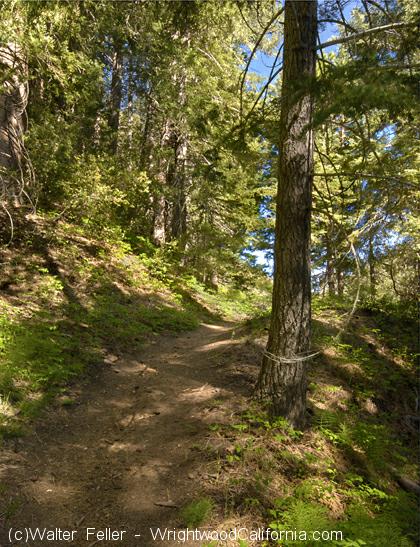 Also whenever in the Angeles National Forest you will also need an Adventure Pass– $5.00 per day or $30.00 for a year we can supply that for you. Please remember to always pick up and take home any trash as this will make it nicer for the next visitor.